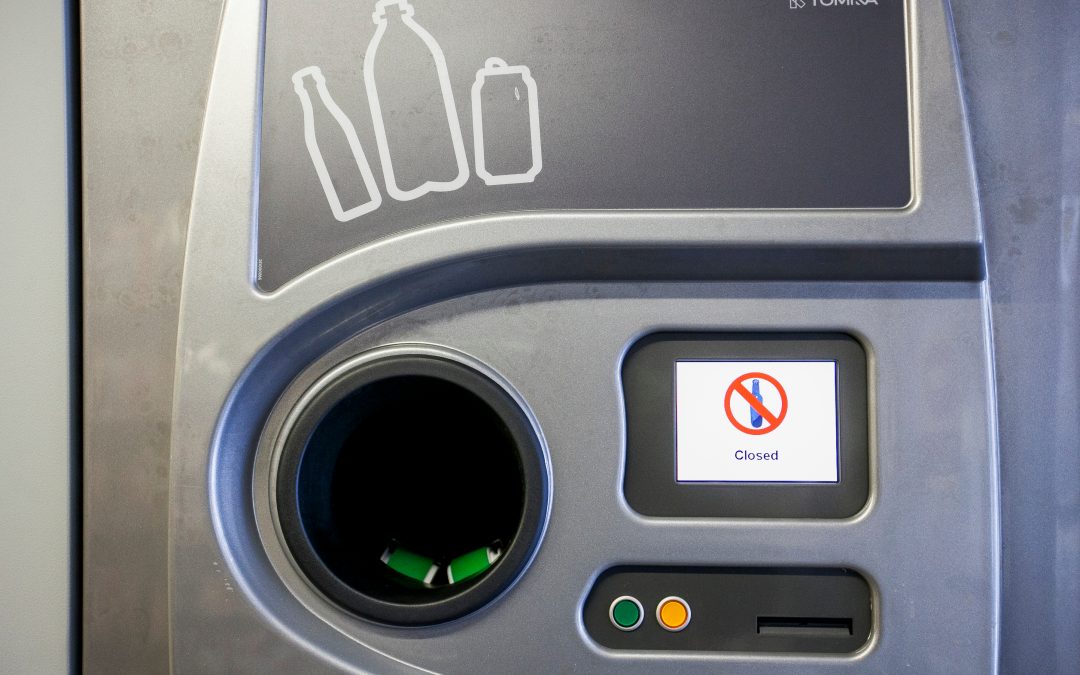 We have just returned from the K-Trade Fair in Dusseldorf, where we saw first-hand how deposit return schemes (DRS) work and learnt more about the success many European countries are having in reaching recycling goals using DRS. Deposit Return Schemes help to recycle billions of bottles and cans every year.  Consumers pay a small amount of money upfront, to be reimbursed when they return the container to a collection point once empty.

Slovakia became the 11th European country to launch a DRS in January 2022 and in the first five months, it had apparently facilitated the return of 100 million plastic bottles and metal cans.  The most successful example in Europe is Norway, with an outstanding 97% recycling rate for plastic bottles. 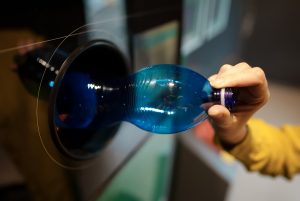 PET bottle goes into the automatic DRS sorting machine, via the bottle receptor.

When will DRS be introduced in the UK?

Scotland is preparing to be the first UK nation to introduce a DRS, in August 2023.  England, Wales and Northern Ireland are trailing behind and seem to be taking different approaches.

It is likely that it will be 2024 at the earliest before a scheme is launched in England – disappointing given it was first launched as a government policy in 2018.  The government is yet to provide feedback from a DEFRA consultation.

Scotland have set a target of achieving 90% collection rates by 2024.  People will pay a 20p deposit when they buy a drink that comes in a single-use container made of PET plastic, steel/aluminium or glass. They will get their money back when they return the empty container to a return point.

There is evidence that these schemes work and if DRS is implemented well, it should see collection rates on drinks containers reach as high as 90%.  Given we go through 13bn plastic drink bottles every year in the UK, and only around 7.5bn are currently recycled, the DRS can’t come soon enough.