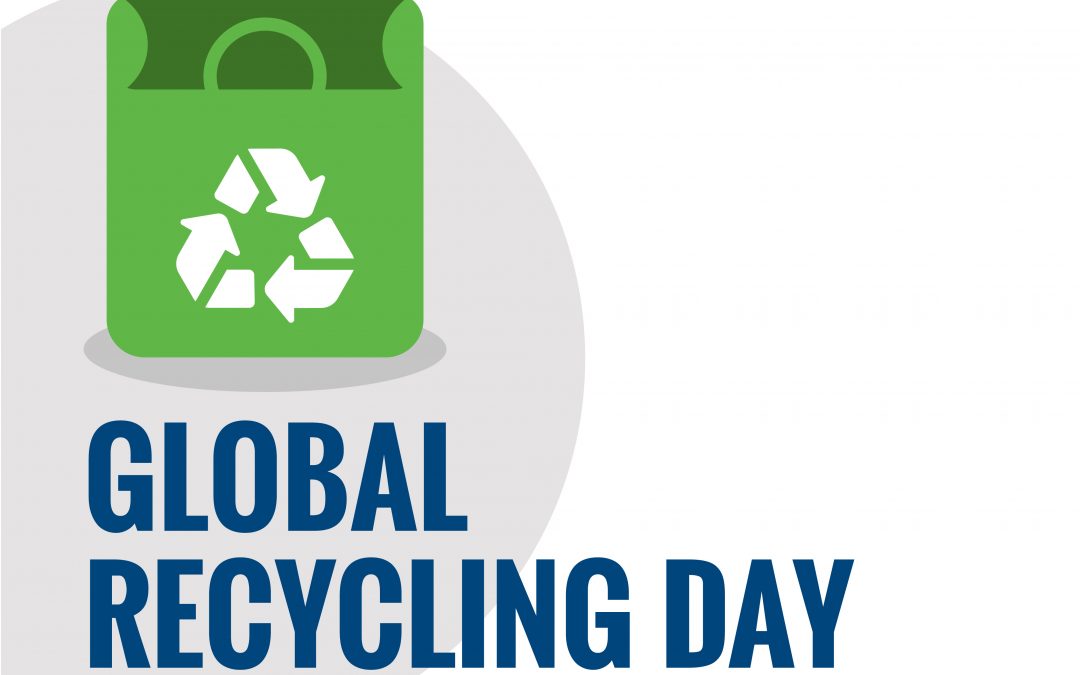 Created in 2018, the day puts the spotlight on the importance recycling plays in preserving our precious primary resources and securing the future of our planet.

In our efforts to raise awareness, we thought it would be fun to investigate the history of recycling, starting with where it all began, leading on to how far we have come.  We particularly love the part Yorkshire has played in the ‘story’ of recycling.

The first recorded use of recycled paper was in 9th century Japan. Ancient Japanese people began recycling paper almost as soon as they learned how to produce it and recycling became part of paper production and consumption. Japanese culture generally treats recycled paper as being more precious than new and the recycled paper was often used in paintings and poetry.

Benjamin Law invented the Shoddy process – the creation of recycled wool from old clothes and rags in Batley, West Yorkshire in 1813.  He organised the collection of these rags, grinding all he gathered so it could then be re-spun into yarn. The shoddy industry grew quickly, and by 1860 Batley was producing over 7,000 tonnes of recycled wool materials a year.

On the 6th of June 1977, Stanley Race deposited an empty jar into the very first glass recycling bank in the country. This kickstarted the nationwide appearance of bottle banks. Glass is an infinitely recyclable material, and the introduction of bottle banks is a pivotal moment which made glass recycling easy for everyone.  We have reached a 76% glass collection rate from households in the UK and a target of 90% by 2030 has been set.

With the introduction of this recycling legislation, it became law that local authorities in England provide every household with the collection of at least two types of recyclable materials by 2010.

In a bid to reduce the use of plastic bags across the country, a five pence charge was introduced in 2015 throughout shops in England.  Last year this was increased to 10p.  The charge has seen a 95% cut in plastic bag sales in major supermarkets since 2015. Also, since the introduction of the charge, almost £180 million has been raised by retailers for good causes from the revenue collected.

In 1970 the Mobius Loop, the universal recycling symbol, was introduced as the symbol for Reduce, Reuse, Recycle. The symbol was designed by Gary Anderson after a Chicago-based recycled-container company sponsored an art contest to raise environmental awareness.

Did you know the symbol indicates that an object is capable of being recycled but not that it will necessarily be accepted in all recycling collection systems?

Instead of being an indication that something can be recycled, the Green Dot is actually a symbol for a series of European industry-funded systems.  It is used on packaging in some European countries and signifies that the producer has made a financial contribution towards the recovery and recycling of packaging. The Green Dot does not necessarily mean that the packaging is recyclable, will be recycled or has been recycled.

It is more a logo than a symbol, which suggests an item can be recycled. So much so, it has been trademarked and protected worldwide.

The first plastic waste recycling mill in the world was created in Conshohocken, Pennsylvania in 1972, marking the beginning for all future recycling plants.

Increasing globalisation during the 1990’s allowed the export of plastic waste from advanced economies to developing and middle-income ones, where it could be sorted and recycled more inexpensively. This formed part of a growing global waste trade, which saw the annual trade in plastic waste increase rapidly from 1993 onwards.

Technically, every type of plastic can be recycled, but the extent to which they are recycled depends upon economic and logistical factors. The most widely recycled plastics are the two used to make soft drinks bottles and milk bottles: PET and HDPE.  As well as plastic packaging most durable plastic can also be recycled.